OUR BIGGEST EVER XMAS OFFER!! 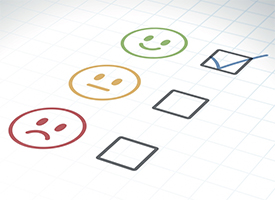 Recent years have seen a proliferation of changes to the guidance on how vocational qualifications should be assessed, and also to the structure and role of the organisations put in place to ensure the standardisation of qualifications and assessment.  The whole definition of, and emphasis on, ‘end-point assessment’ is a tremendous waste of time producing much heat but no light, because it is trying to fix a problem that does not exist.

Assessors have been doing ‘end-point assessments’ since NVQs were set up, in that assessments are done only when the Learner/Candidate is ready to prove their knowledge & performance.  There is nothing new in this, except that recent guidance appears to want to take the ‘Gove-ish’ view that all forms of assessment must be returned to high-pressure end-point scenario in the mistaken belief that this is more robust than doing any form of continuous assessment.  High-pressure assessment, where everything depends on the outcome of one test, is wasteful and unfair, favouring those who are not adversely affected by the (artificial and non-representative) pressure in such situations.

One of the key strengths of the UK’s vocational qualification system, established over decades, is that individuals being assessed have not been subject to a style of assessment which pretty much guarantees under performance, because so much is at stake in that moment.  If the driving test – a form of assessment that is a pass/fail end-point scenario – is so good, why do so many people die on the roads every year?  To have your performance reviewed once and be given a licence to drive for life (including some things never previously attempted), is madness and is no better because it is ‘end point’.

If the established form of assessment has failed, it is not because a new style or form of assessment needs to be invented – rather, it is because the existing system is not quality assured properly.  From what I see of the whole system, de-regulation and competition guarantees a reduction in standardisation and effective quality assurance.  Assessment Centres need to be robustly quality assured by Awarding Organisations, and Awarding Organisations need to be properly resourced by EQAs which are, in turn, robustly standardised by their employers.  There needs to be one sector-representative body (how about calling them Sector Skills Councils?) which own and update the assessment criteria – if competing Awarding organisations are allowed to write their own ‘standards’, there is no way that employers will be able to make sense of the vocational qualification landscape… rather than recognised certificates of competence, all they will see is a bewildering array of bits of paper with no shared understanding of what they mean.

I am delighted that Government has rejected at least part of the ‘end-point assessing’ proposals which added nothing to the present system.  Hopefully the concept and the phrase will glide into the insignificance that it has in reality, and hopefully the same fate will await ‘Trailblazer Standards’ and the freeing up of Awarding Organisations from a properly regulated qualifications framework that properly assigns ownership, definition and the responsibility for properly ensuring quality assurance.  If these things are allowed to continue on their present path, this government will have successfully dismantled all standardisation, and therefore all meaning, of the well-established vocational qualifications that we have.  Ultimately the risk is that all the resource put into the modern apprenticeship scheme will be wasted because government understands neither ‘assessment’ or ‘standardisation’.